In 1935, the Child Emigration Society of Great Britain (Fairbridge Farm School Society) purchased the 405 hectare Pemberlea Farm located near Cowichan Station on southern Vancouver Island. During the spring of that year the first four cottages in the home site were constructed for the initial party of forty-one children sent from Britain, arriving on September 25th.

From 1935 to 1948 seventeen parties of children would make their way across the Atlantic and travel by train to the west coast of Canada to live at the Prince of Wales Fairbridge Farm School. As reported in the Montreal Gazette on February 14, 1935, the children were “to be schooled and trained on the farm, the largest experiment of its kind ever attempted in Canada. It will be modeled after the Fairbridge Farm School in Australia which is now one of the show pieces of the sister Dominion.” A total of 329 children migrated from Great Britain.

A total of eighteen ‘cottages were eventually built. The housed between 12 and 14 children along with a “cottage mother”. The boys occupied 10 cottages at the west end of the home site, the girls had the other 8 at the east end.

The Farm School was largely self-contained having its own school, hospital, dining hall, laundry, Anglican chapel and other buildings for staff. As well, the working farm had gardens, orchards, a prized dairy herd, pigs, sheep and chickens. 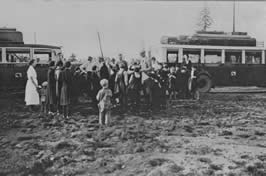 The First Group Arrived in September 1935 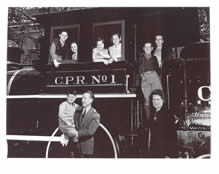 The Last Group Arrived in May 1948 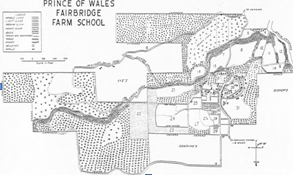 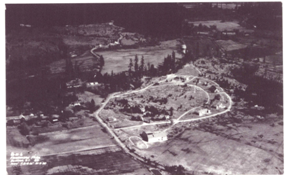